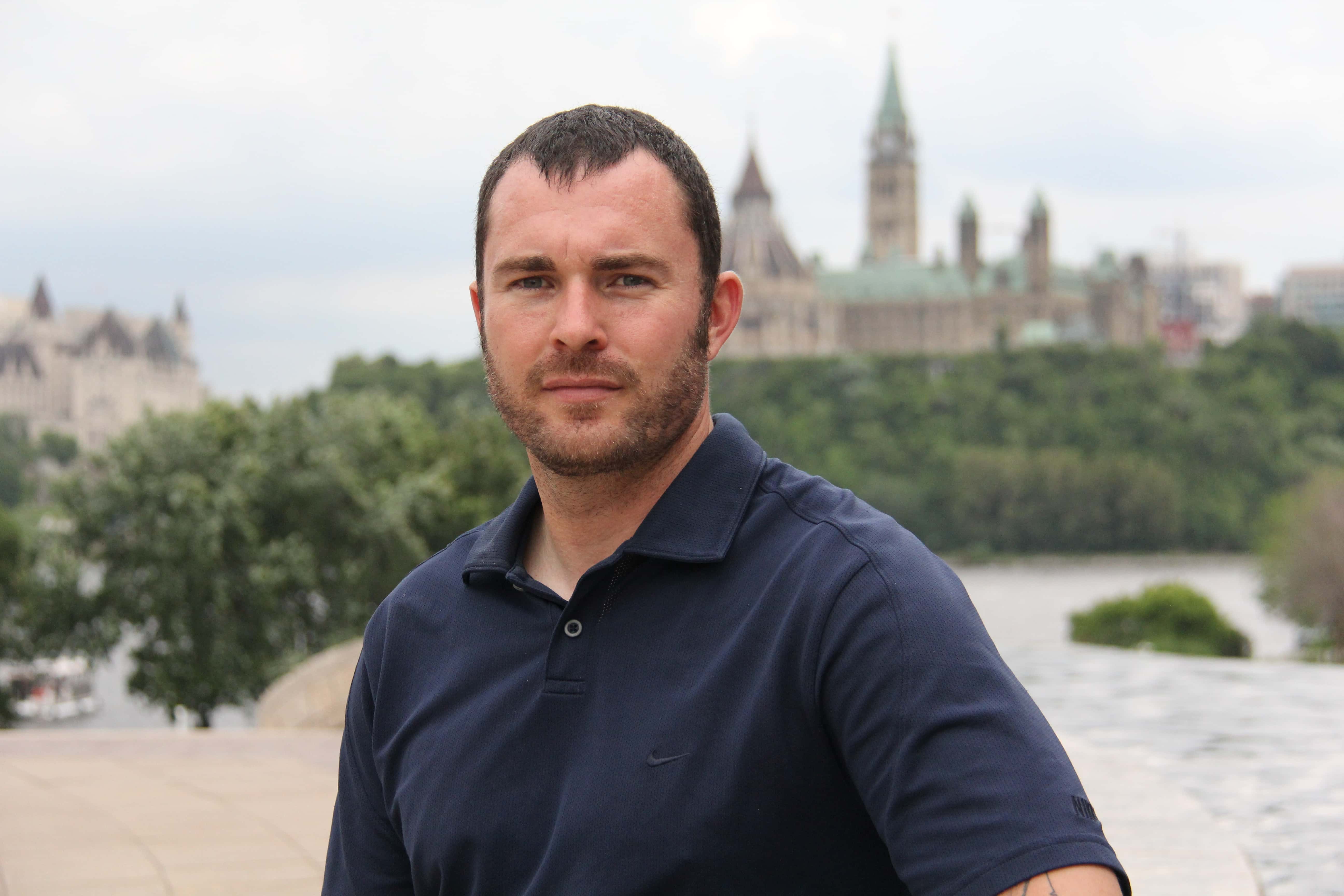 Former Sniper for the Canadian Forces

A retired elite sniper in Afghanistan who lost both his legs below the knees, Jody brings audiences a unique and courageous perspective on military issues, endurance and overcoming adversity.

Toronto Star | Looking back to move forward: My return to Afghanistan August 9, 2017
National Post | ‘Without that bomb there would be no us’: How an Afghanistan blast brought a medic and sniper together September 4, 2015

Jody’s motivational presentation is all about his personal mantra: “Never Quit.” Pulling from his personal experiences in Afghanistan, this uplifting discussion centres around picking up where you left off after unforeseen circumstances make an impact on you.  Physically bouncing back after his injury came easy. His biggest struggle was making the mental adjustment to his new reality. Jody’s inspirational story will leave audiences with a new perspective on overcoming seemingly unconquerable mental barriers.

Unflinching: The Making of a Canadian Sniper

“If I can’t be the best sniper I can be, I can be the best advocate for the wounded, or any amputees, that I can be. People see me speaking for soldiers or running for charity. . .then anybody else can, too.”

In 2007 in Afghanistan, while on patrol with the 1st Battalion Royal Canadian Regiment, sniper Jody Mitic stepped on a land mine and lost both legs below the knee. On his return home, he underwent months of painful rehab and more than a year of learning how to walk on prosthetic legs.

Only one year after his recovery, he completed St-Johns annual charity 5km run and has been running for charities ever since. He has two girls with his partner Alannah Gilmore, one of the medics who treated him in the war zone. In 2013 in The Amazing Race Canada, Mitic and his brother, Cory, finished an admirable second. But, as a speaker, he’s nobody’s runner-up.

For a passionate keynote, filled with personal experience, on Post-Traumatic Stress Disorder, endurance or overcoming adversity, the Kitchener, Ont., native is your man. Here’s evidence of his courage – before he retired from the Canadian forces, Jody considered returning to Afghanistan for a tour of duty as a gunner on a helicopter.