Stephen Lewis is not currently accepting engagements.  He has been one of Canada’s most influential commentators on social affairs, international development and human rights.  And named by TIME magazine as one of the 100 most influential people in the world (in the category which included The Dalai Lama, Bill Gates, Oprah Winfrey, and Nelson Mandela). Leadership

Virtual Keynotes & Webinars
Contact us for more information about this speaker & their virtual presentations. Click here for some of the most popular formats for virtual events.
Power of Advocacy

Stephen Lewis will draw on his extensive international experience to illustrate the power of advocacy in the fight for social justice, global health, and gender equality.

In 1988, Stephen Lewis chaired the first international conference on Climate Change, which drafted the first comprehensive policy on global warming.  Almost three decades have passed since the political leaders, ambassadors, scientists, and environmental activists joined Mr. Lewis in declaring what remains one of the best, though starkest, pronouncements about global warming:  “Humanity is conducting an unintended, uncontrolled, globally pervasive experiment whose ultimate consequences could be second only to a global nuclear war.” From his unique historical and global perspective, Stephen Lewis will talk about those consequences, focusing on the interconnection of health, social justice, and poverty in the context of global climate change.

Mr. Lewis, using the themes of the conference, will explore the way in which education, throughout the world, transforms the lives children lead and is perhaps the greatest, unacknowledged instrument we have for dramatic social change.

Mr. Lewis believes that the single most important struggle on the planet is the struggle for gender equality. It is the centrepiece of human rights. In that context, he will examine the way the world responds to violations of human rights in every sphere of human behaviour.

The Raging Force of Inequality

Mr. Lewis will examine escalating economic and financial inequality within countries, and among countries, in the developed and developing worlds. He contends that poverty is a fatal blight that destroys the prospect of human progress and fosters the worst dimensions of injustice at home and abroad.

The UN's Sustainable Development Goals: Implications for Canada and the World

The adoption of the UN’s Sustainable Development Goals in September 2015 was historic and not just because the goals were adopted by the largest-ever gathering of world leaders. The SDGs break new ground: they marry the global development and environmental agendas, and they establish benchmarks—most especially the benchmark of gender equality—that challenge all signatories. How do we translate the vision of the SDGs into reality? What is Canada’s role at home and abroad? Drawing on decades of experience in domestic politics and international cooperation, Stephen Lewis weighs in on what it will take for Canada to lead in the implementation of the UN’s Sustainable Development Goals.Canada 150

Canada of the future: A beacon of hope for the international community?
In this presentation, Mr. Lewis will examine Canada’s potential for leadership in ending poverty, subduing communicable diseases, fighting for gender equality, confronting climate change and achieving the triumph of human rights for everyone from LGBT people to indigenous populations and beyond.

Canada of the future: A beacon of hope for the international community?

In this presentation, Mr. Lewis will examine Canada’s potential for leadership in ending poverty, subduing communicable diseases, fighting for gender equality, confronting climate change and achieving the triumph of human rights for everyone from LGBT people to indigenous populations and beyond.[/nsb]

Panelist/In Conversation
These conversations can cover a wide range of topics from global health, climate change, gender equality, and Canada’s role in the international community.

Race Against Time by Stephen Lewis

Sanctuary: The Path to Consciousness

On stage, Stephen Lewis inspires. His presentations are informed, compelling and passionate. Internationally acclaimed as one of the world’s great orators, Mr. Lewis speaks with an unrivaled cadence, sharp wittedness, and a great sense of humour.

Mr. Lewis is a Professor of Practice in Global Governance at the Institute for the Study of International Development at McGill University and a Professor of Distinction at Ryerson University in Toronto.  He serves as the board chair of the Stephen Lewis Foundation, which is dedicated to turning the tide of HIV/AIDS in Africa, and he is the co-founder and co-director of AIDS-Free World, an international advocacy organization.

Mr. Lewis is a Senior Fellow of the Enough Project.  He is an immediate past member of the Board of Directors of the Clinton Health Access Initiative, and Emeritus Board Member of the International AIDS Vaccine Initiative.

He served as a Commissioner on the Global Commission on HIV & the Law and in 2015 was appointed to the Lancet Commission on Drug Policy and Health. Stephen Lewis’ work with the United Nations spanned more than two decades.  He was the UN Secretary-General’s Special Envoy for HIV/AIDS in Africa from June 2001 until the end of 2006.

From 1995 to 1999, Mr. Lewis was Deputy Executive Director of UNICEF. In 1997 he was appointed by the Organization of African Unity to a Panel of Eminent Personalities to Investigate the Genocide in Rwanda.

In 1993, Mr. Lewis became coordinator for the international study—known as the Graça Machel study—on the “Consequences of Armed Conflict on Children.” The report was tabled in the United Nations in 1996. From 1984 through 1988, Stephen Lewis was Canadian Ambassador to the United Nations. In this capacity, he chaired the Committee that drafted the Five-Year UN Programme on African Economic Recovery. He also chaired the first International Conference on Climate Change, in 1988, which drew up the first comprehensive policy on global warming.

In 2007, King Letsie III, monarch of the Kingdom of Lesotho invested Mr. Lewis as Knight Commander of the Most Dignified Order of Moshoeshoe.  The order is named for the founder of Lesotho; the knighthood is the country’s highest honour. 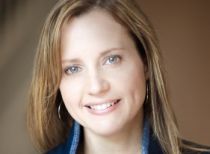