André Picard is one of Canada’s top health and public policy observers and commentators. He is the health columnist at The Globe and Mail, where he has been a staff writer for more than 30 years. He is also the author of numerous books and has received much acclaim for his writing and for his dedication to improving healthcare, including earning him the National Newspaper Award as Canada’s top newspaper columnist.

Picard is one of the leading voices in Canada on the impact and influence of COVID-19, reporting on the virus from a wide range of angles of public health. He was one of the first to make a public declaration to ‘shut it down’ and implement physical distancing measures, when realizing how significant the impact of coronavirus would be.

He’ll provide insights into the trajectory of the virus and up to the hour information on progress and possibility, and how we can all keep ourselves and our communities safe.  From the status of front line workers, to the implications for elders and youth, to the impact on our workplaces, Andre has his pulse on the evolution of COVID-19.

Where does our healthcare system stand? What are the challenges and opportunities to improve the coordination and effectiveness of services across the nation? How do we re-orient our attention and investments to build a true “health system” rather than the current illness-treatment system? What is the special role and opportunity for community-based agencies, including Community Health Centres? One of North America’s foremost thinkers shares his insights and vision.

What can we do to raise awareness of these mental health issues and how can we create an environment for citizens suffering from these illnesses to feel safe enough to talk? This discussion will look at cross-disciplinary approaches to observe mental health and draw on best practices.

In this customized presentation, André discusses the latest hot-button issues in healthcare.

In this presentation, André discusses the key challenges facing healthcare communication. How can we effectively get the prevention message out? From Politicians down to frontline Healthcare workers, how do we make sure consistent information gets out? André will explore some tools and strategies to effectively communicate information to various audiences.

With the legalization of cannabis, Canada has embarked on one of the world’s largest natural experiments. What will it mean to the health of Canadians? To the healthcare system? To employers? To the tax system? Just as importantly, what will happen to the medical cannabis regime – which has been in place for two decades – now that cannabis is widely available? So far, the predictions about the impact of cannabis have largely not proven true – usage is not up, tax dollars are not rolling in, and the black market is thriving, not dying. As an Award-Winning National Health Writer with the Globe and Mail, André has covered the evolving status of cannabis for many years. He helps organizations make sense of the regulatory challenges, shifting views about medicinal use, evolving research landscape, and the future of cannabis in the professional and personal lives of their community members.

Key Takeaways:
• How we can better educate, both the public on purchasing the products & patients about the drug as a treatment for conditions.
• How cannabis use should be treated in professional environments & what obligations organizations have around employees who use cannabis medically.
• The key ways policymakers can optimize the current system.

André discusses all elements of elder abuse and includes reference to the Kerby Centre, Canada’s first shelter for battered seniors.

Panelist/In Conversation
André brings fascinating insights and opinions to discussions around hot-button issues in healthcare. Please note: André will only participate as a panelist or host/moderator if the panel reflects diversity - eg no 'all white male panels'
Event Moderator

Matters of Life and Death

The Gift of Death

André Picard is a health columnist at The Globe and Mail and a bestselling author, including 2021’s Neglected no More:  The Urgent Need to Improve the Lives of Canada’s Elders in the Wake of a Pandemic, as well as Matters of Life and Death: Public Health Issues in Canada, and The Path to Health Care Reform: Policies and Politics. Additionally, he is currently a visiting professor at the University of British Columbia’s School of Journalism, Writing, and Media with his lessons focusing on the pandemic and public policy.

André has received much acclaim for his writing, including the Michener Award – a prestigious award dedicated to meritorious public service journalism, the Centennial Prize of the Pan-American Health Association – an honour presented to top health journalists in the Americas, the 2020 Owen Adams Award of Honour – the highest Canadian Medial Association award available to a non-physician, and recently the 2021 Tribute Award from the Canadian Journalism Foundation – an award presented to media luminaries who have made an exceptional impact. He is also an eight-time finalist for the National Newspaper Awards – Canada’s version of the Pulitzer Prize.

He is a seasoned communicator who employs a conversational style to reach his audience. He enlivens his research and commentary with personal stories to provide context for his audience, including anecdotes from patients and health professionals in the front lines.

André will enlighten and pique a sense of curiosity of audience members from all educational backgrounds. His work as one of North America’s top health journalists reflects his personality: Behind the placid exterior lies an inquisitive, perceptive and industrious scribe for whom the work only begins with the off­icial story. 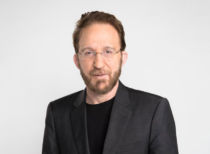