Social visionary for the well-being of our future

Daniel Germain helps organizations contribute to making a positive impact on the future of our society by investing in tomorrow’s leaders.  His strong will and his personal experience with a difficult childhood inspired his journey to create the Breakfast Club of Canada making a lasting difference in the lives of nearly 2 million young children…and a new world campaign in 2023.

Leadership & Inspiration from the Heart

A social visionary leader with 25 years on the frontlines, Daniel Germain shares lessons learned from his experience founding and leading national award-winning organizations like the Breakfast Clubs.  Daniel believes we all have the responsibility to write our story with a big “H”.  His thirst for justice, combined with a strong will, a difficult childhood and a desire to give back, helped him become the leader he is today.  In addition to founding the Breakfast Clubs, Daniel is now launching a new organization, the Children’s Hour World Campaign in 2023 to make an impact on youth well-being.

ESG Environmental, Social and Corporate Governance - Your Corporation can make an Impact

Daniel believes in the power and responsibility of corporations to assist in key local and global challenges.  He shares his experience with food insecurity especially as it impacts education, opportunity, and climate change. Daniel’s mission is to develop a world-wide movement to end the cycles of poverty and give all children an equal chance for success.  Learn how to make a meaningful difference, and contribute to a better future for all, through your ESG and CSR initiatives.

Daniel Germain is a leader in helping underprivileged children recognized by the United Nations and with Canada’s highest honour with the Order of Canada. He is the founder of the Breakfast Club of Canada, a Canadian charity that promotes and assists the establishment and maintenance of school breakfast programs in Canada, to give all students an equal chance for a strong start and success.  It’s about more than the food too; Germain aims to promote and encourage the values of self-esteem, respect for others, integrity, honesty and teamwork through the program.

In 2023, he’s expanding his mission – he’s also become founder of the Children’s Hour World Campaign launching in 2023. Children’s Hour is a world-wide movement to address Global Child Poverty, Climate change and food insecurity, the plight of young girls and women, and Indigenous people.

After growing up in a disadvantaged neighbourhood, he went on humanitarian trips abroad, including a visit to Mexico City where he saw 50,000 young people in dire straits. It opened Daniel’s eyes and created a thirst for justice for children. He returned to Canada with the dream of breaking the circle of poverty.  With the goal of helping children who were deprived of a vital element for their academic and social success – a nutritious breakfast – he founded the Quebec Breakfast Club.

His Club was recognized by the United Nations as one of the best school meal programs in the world. Pursuing his goals, he then founded Breakfast Clubs of Canada and launched an international co-operation project for young people in Quebec.  He also established the Montreal Millennium Summit, an international forum that puts forward ideas and projects related to the well-being of children in the world.

As founder of Breakfast Club of Canada, Daniel worked tirelessly to ensure that all children have an equal chance to enjoy a nutritious breakfast every day.

A true social visionary, Daniel has received numerous awards for his body of work, including the Queen Elizabeth II Diamond Jubilee Medal and the Quebec YMCA Peace Medal for his commitment to youth. He is a Member of the Order of Canada and a Knight of the Ordre national du Québec. Daniel currently sits on the Board of Directors for Breakfast Club Canada. 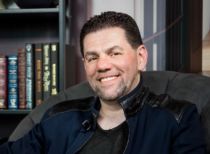