Leader In Tech, Media and Politics - Executive Director, The Walrus

Jennifer Hollett is the executive director at The Walrus, Canada’s Conversation. The Walrus is known for its award winning independent journalism, fact checking, and national ideas-focused events. Jennifer was also the head of news and government at Twitter Canada and co-founded a startup and developed “Super PAC App.” Described as a “Shazam for politics” the app debuted #1 in its category in the App Store, helping make political TV ads more transparent. Jennifer inspires and engages audiences to get involved in the world around them through social media and storytelling.

Virtual Keynotes & Webinars
Contact us for more information about this speaker & their virtual presentations. Click here for some of the most popular formats for virtual events.
Engagement | The Power of Conversation

Hashtags highlight the power of social media to shift culture and create change by bringing people together. A hashtag is more than a way to follow a conversation online; it’s a way to connect with people. In this presentation, learn about the history of hashtag movements, social media listening, and larger opportunities from conversations in your work.

Key Takeaways:
• Different social platforms for different purposes.
• How to shift from broadcast to engagement in communication.
• Lessons from social media for face to face conversations.

The future is here. While there may not be flying cars, self-driving vehicles are already hitting the roads and very powerful computers are in our pockets. Technology is often associated with coding and automation, but anyone can embrace the spirit and shift of tech. COVID-19 has pushed us into remote work, made possible by a range of technology. This presentation highlights how embracing new tools and ideas can shift an organization’s culture.

Key Takeaways:
• New pathways to incorporate tech in your day-to-day work.
• How to grow a skillset that encompasses creativity, agile learning and problem solving.

Event Moderator
Successful panels are dependent on seasoned moderators, who ask the right questions, manage time, and keep things moving along. Jennifer has over two decades of experience working as a moderator on TV, radio, and at conferences and special events. She receives great feedback on Twitter about her ability to get the best questions out of audiences.
Workshop | Using Social Media for Movement Building
Take a quick look around and you’ll see everyone is on their phones. As a cross-platform journalist, Hollett explains how to use social media to engage grassroots supporters. She shows you how to grow your audience through both traditional & social media platforms. Key Takeaways: • Strategic opportunities & tactics presented by Twitter, YouTube, and blogs, • How to tailor your messaging to improve the appeal for traditional media.
Twitter, Facebook, or Instagram Live Broadcast
Take part in a live video discussion with Jennifer on the hot topics with your audiences. Broadcast a live event or a host a Q&A. By going live on Twitter at industry events, special launches, or product tutorials, you can give people a sneak peek of what your brand is really like. Jennifer is comfortable not just talking to a live audience, but has tremendous skills to interact with them and boost your overall engagement.
Host/MC
As a broadcast journalist who has worked as a TV host and reporter at CBC, CTV, and MuchMusic, Jennifer is a host who brings experience, energy, and engagement. She shines in live spaces with large crowds.

Jennifer Hollett is a leader in tech, media and politics. She is currently the executive director at The Walrus, Canada’s Conversation. The Walrus is known for its award winning independent journalism, fact checking, and national ideas-focused events.

As an award winning TV host and producer, Jennifer has over a decade of experience at CBC, CTV, and MuchMusic covering stories across Canada and around the world.  Previous to The Walrus, Jennifer was the head of news and government at Twitter Canada.

She won a Canadian Online Publishing Award for her work hosting CBC’s G20 Street Level blog during the G20 Summit in Toronto, and was recognized by Amnesty International Canada with a 2009 Media Award for her CBC radio reporting from Israel and Palestine. She continues to appear frequently as a commentator on Newstalk 1010, CP24, and CBC.

Her career began in the late ‘90s when digital wasn’t yet called digital at Sony Music Canada, where she became the company’s youngest manager, developing new media strategies for the label’s top artists. Jennifer also co-founded a startup and developed “Super PAC App,” which debuted #1 in its category in the App Store, helping make political TV ads more transparent.

Jennifer made front page news as a candidate for Toronto city councillor in 2018 as part of a legal challenge to Bill 5, Premier Doug Ford’s cut to city council during the election campaign. She was also the federal NDP candidate for University-Rosedale in 2015, one of the country’s top races to watch. She studied public policy at Harvard University, obtaining her MPA. Driven by a passion for social justice, she has worked with Journalists for Human Rights, CARE Canada, and Plan Canada. She is a strong advocate for women’s and girls’ rights, and has moderated the G(irls)20 Summit in Toronto (2010), Paris (2011), Mexico City (2012), Moscow (2013) and Sydney (2014). 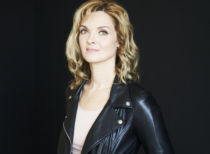 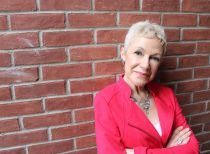