Ryan McMahon is an Anishinaabe comedian, writer, media maker and community activator from Couchiching First Nation in Treaty 3 Territory. As the founder & CEO of Makoons Media Group, Ryan brings indigenous stories to light through conversations, research & investigation. He provides audiences with an in-depth, challenging analysis of the indigenous experience & the reconciliation movement. Ryan inspires audiences to play their part in building a more equitable country.

Virtual Keynotes & Webinars
Contact us for more information about this speaker & their virtual presentations. Click here for some of the most popular formats for virtual events.
Wreck-On Silly Nation aka 'Reconciliation McMahon style'

The TRC worked for seven years to capture this country’s story. In the end, a final report was presented to the country in 2015, the atrocities laid bare for all to see. In 2015 a new social and responsibility question was born in Canada – is reconciliation possible in this country, and if so, what does reconciliation look, sound, and feel like?

The question of reconciliation was presented to Canada, its leadership across government, the public sector, the private sector, its educational and cultural institutions, towns and cities, and of course, its citizens. The moment called on everyone in this country to consider how we might transform Canada with a reinvigorated effort toward equitable and right relationships.

McMahon shares his family and community story in this highly personal, deft, and comedically powered presentation that encourages us to consider the limits of reconciliation, where this journey has failed, where it has worked, and what might be next for a country desperate for change.

Toward The 2167 - The Responsibility of Something Better In Canada

Canada 150 was a sobering moment for a country desperate for change. A few years ago, in 2016, Canada turned 150 years old. The social responsibility question and the political responsibility question that reconciliation presented Canada and its citizenry arrived in board rooms, schools, and dinner tables across the country. Canada threw itself one heck of a birthday party.

What no one expected was for Indigenous People writ large to rip up the birthday party invitations, refuse to attend, and refuse to send gifts. Canada 150 was a reckoning for Indigenous communities, begging the question, “What kind of country can Canada be in the next 150 years? How can Indigenous and non-Indigenous people move beyond apologies, programs, and services and start to build equitable, safe, and just communities for all? How do we build toward 2167?

This presentation aims to provide a statement of facts for Canada. It borrows from key findings of the Truth & Reconciliation Commission Final Report, the National Inquiry into Missing. Murdered Indigenous Women & Girls final report and various Indigenous produced texts, readings, and reports that will provide a nuanced and accessible understanding of where this country has been and where it might be able to go next.

To transform Canada and to accept the unique challenges that the new social and political responsibility question that reconciliation has asked of all of us, we need new ideas (or maybe we just need old ideas presented in new ways) to rise to the forefront of our good hearts and minds.

Using of the Ojibway language as a guide, McMahon brings his audience through the Anishinaabe 7 Grandfather Teachings and presents them as a tool for change, equity, and better relationship building.

Take a deep dive into Anishinaabe thought and philosophy with Ryan and examine the transformational possibilities of Truth, Courage, Wisdom, Humility, Respect, Love, and Honesty as it pertains to the social and political responsibility questions of today in Canada.

Hollywood was built on stories of brave cowboys killing savage Indians. Disney became a billion-dollar company before there was such a thing, thanks to the success of films like Pocahontas and Peter Pan, both with egregious representations of Indigenous stories and characters. Cigar Store Indians. Sports Mascots. Looney Tunes. The Simpsons. I could go on and on.

Indigenous Peoples, worldwide, but specifically here in North America, have never had a say in how they are represented in popular culture or media. This has shaped the world’s understanding of Indigenous Peoples themselves.

Indigenous People in North America are one of the world’s most misunderstood peoples. Still, in 2022 this is changing thanks to Indigenous storytellers, media makers, writers, comedians, and other misfit artists committed to sharing their truths.

In this multimedia keynote presentation, McMahon takes you on a storytelling history lesson to reshape how we think about representation in media and why the quickest way forward in Canada as it pertains to reconciliation and building better relationships between Indigenous and non-Indigenous peoples is through Indigenous storytelling.

Film Screening & Discussion | Colonization Road
This 90 minute presentation starts off with a screening of the critically acclaimed documentary, Colonization Road and is followed by a talk & question and answer period with the films star, Ryan McMahon. The film unpacks the suite of policies & legislation that expedited the creation of Canada and examines how these policies were put in place at the cost of Indigenous Peoples. The film is not so much an indictment on Canada, as it is a look at Canadian history through an Indigenous lens. The film was made as an effort to create a common place to start, a common language to speak, when we look at the possibility of reconciliation and a pathway forward in Canada.
Entertainer | Comedian
Armed with a degree in Theatre & as a graduate of the prestigious Second City Conservatory (Toronto), Ryan’s comedic storytelling style is fast paced, loose & irreverent as he explores the good, the bad & the ugly between Indian Country & the mainstream. Since 2010, McMahon has recorded 3 National comedy specials (Welcome To Turtle Island Too, UnReserved & Red Man Laughing) & 2 taped Gala sets at the prestigious Winnipeg Comedy Festival. In 2012, McMahon became the 1st Native comedian to ever record a full mainstream comedy special with CBC TV (Ryan McMahon - UnReserved) and later that year made his debut at the prestigious Just For Laughs Festival in Montreal, QC where he was named to the NEW FACES list at the festival.
Panelist/In-Conversation

Ryan McMahon is an Anishinaabe creative who jokes, talks, yells, and writes for a living. He is one of North America’s most celebrated Indigenous comedians whose voice has become vital to both Indigenous & non-Indigenous communities in North America through his unique ability to communicate nuanced and complex issues in engaging and accessible ways.

In 2018, McMahon won an RTDNA award for his CBC Radio One series, “12 Step Program for Decolonization in Canada – A Seriously Funny Investigation Into Canada’s Addiction to Colonialism.”

His podcasts, Red Man Laughing, Stories from The Land, and Thunder Bay, have received both popular and critical acclaim and have been downloaded millions of times worldwide.

Ryan has recorded five national comedy specials since 2010, has appeared multiple times at the world-renowned Just For Laughs Comedy Festival, and continues to tour North America independently. His comedic storytelling style is irreverent, boundary-pushing, and forward-looking as it investigates the good, the bad and the ugly between the collision of Indian Country and the mainstream.

In 2021, McMahon signed a First Look deal with global film and television powerhouse company eOne, to develop, write, and produce new works across all platforms.

McMahon’s keynotes and live presentations are forward-looking and inviting as they ask audiences to consider moving past what they believe or understand as he cuts through the tricky subject matter with a comedic and unapologetic touch.

He’s the CEO of the Makoons Media Group and is currently building the worlds only independent Indigenous media platform, Indian & Cowboy, which is committed to digital publishing and the internet. 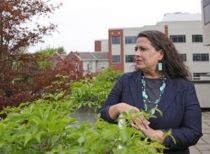 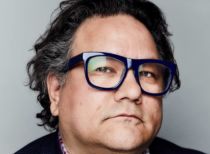