A playwright, author, musician, and multilingual speaker Tomson Highway is an award-winning and multi-talented Aboriginal artist. Highway has also found time to complement these great accomplishments with his work as a social worker, native artistic director, adjunct professor, and world traveller.

Virtual Keynotes & Webinars
Contact us for more information about this speaker & their virtual presentations. Click here for some of the most popular formats for virtual events.
Permanent Astonishment-Lessons in a Life Story

Tomson Highway shares his incredible life story of being one of 12 children, a residential school survivor, a social worker and acclaimed writer, playwright and artist.  He includes tales of his travels and adventures through 55 countries (and counting). Throughout he shares his inspirations and mindset of ‘how I learned to stop complaining and celebrate my life.’

Diversity in the Workplace

Tomson addresses the importance – the necessity – of diversity in the workplace. He shares his perspective on how it enriches and energizes the workplace in the process, making Canadian society one of the most functional and healthy societies in the world.

Racial Diversity (and Harmony) as a Canadian Reality and Value

How the future of Canada, as a result of its remarkable racial diversity, has probably the most extraordinary future among countries in the whole world. Highway shares how we can continue working towards such a goal and understand the benefits to be reaped from such richness.

The Impact of Music, Literature, and Art

Highway shares the remarkable (and unsung) importance of “musical literacy” in the life, and the work, of anyone and everyone including the visionary “boost” it can give to any and all careers.

He also shares how world travel – and linguistic diversification thereof, linguistic versatility – is an educational and work tool of remarkable effectiveness, of extraordinary value.

The Rez Sisters by Tomson Highway

Kiss of the Fur Queen by Tomson Highway

Fox on the Ice by Tomson Highway

Ernestine Shuswap Gets her Trout by Tomson Highway

Tomson Highway was born in a snowbank on an island in the sub-Arctic, the eleventh of twelve children in a nomadic, caribou-hunting Cree family. When Tomson was six, he was flown south by float plane to attend a residential school.

He lived through the residential school system, faced prejudice, and struggled to have his work recognized. Along the way, he relied on music and art to heal and inspire himself and others around him.  Throughout his life, Highway has overcome incredible obstacles to find himself where he is today.

He’s author of numerous bestselling books including his first Kiss of the Fur Queen. In 2021, he released Permanent Astonishment: Growing Up in the Land of Snow and Sky, a “memoir offering insights, both hilarious and profound, into the Cree experience of culture, conquest, and survival.” He won the Writers Trust Award for Non-Fiction for this work.

Having studied music and English literature at the Universities of Manitoba (Winnipeg) and Western Ontario (London), as well as in England, he earned both his Bachelor of Music Honours (Piano Performance major) and the equivalent of a Bachelor of Arts (English major), both from “Western.”

For years he immersed himself in the field of Native social work, working with children (and parents) from broken families, with inmates in prisons, with cultural-educational programmes of one kind or another, with other Native social workers and activists, with Native visual artists, writers, healers, Elders, politicians, women, 2-Spirits, etc. For all this, he worked on reserves and n urban centres across Ontario and, later on, Canada, though he was based almost always at head offices in Toronto. Then he turned 30 and decided it was time to put all this extraordinary artistic training and this extraordinary Native social work experience together – he started writing music, plays, and, later, novels.

He achieved international recognition with his multi-award-winning play  “THE REZ SISTERS.” This was followed by its companion play, the even more successful “DRY LIPS OUGHTA MOVE TO KAPUSKASING,” which not only was nominated for and won numerous awards but was the first Canadian play in the history of Canadian theatre ever to receive a full production and extended run at Toronto’s legendary Royal Alexandra Theatre.

His artistic groundwork gave birth to a nation-wide Native literary movement, a movement which, to this day, continues to play a fundamental role in the advancement of Aboriginal literacy and education right across the country.

He has criss-crossed North America, Europe, and the world with his readings, lectures, performances (at the piano), and teaching engagements at universities, colleges, schools, theatres, nightclubs, concert halls, bookstores, art galleries, and other institutions. In fact, as a world traveller (his hobby – born a nomad, always a nomad), he has, to date, circumnavigated the globe three times. And been to 55 countries (and counting…).

Several film and television documentaries on both his work and his background have been produced for the international market over the years, most notable among them being CBC’s “Adrienne Clarkson Presents,” “Life and Times”, and,  “Tomson Highway Gets His Trout” .

He speaks fluent Cree (his mother tongue), French, and English, though his Spanish is fast catching up. As well, having been trained by extraordinary teachers as a classical musician, he plays the piano “fluently.” In fact, he enjoys, as often as he can, combining his many lectures and readings around the world with performances at the piano, both solo and with singer/musician friends and colleagues (when available), mostly all with songs that he himself has written (both music and lyrics) over the years for his own shows, his own cabarets, his own “musicals.” Many of these songs, in fact, are written with Cree lyrics — Cree jazz? Cree cabaret? Cree Kurt Weill? Come and see them! Last, on the subject of language, his work, to date, has been translated into more than ten languages.

A member of the Order of Canada and the recipient of at least 10 honorary doctorates, Highway has shaped the development of aboriginal theatre in both Canada and around the world. He is one of Canada’s foremost aboriginal and creative voices.

Tomson Highway is the proud son of legendary caribou hunter and world championship dogsled racer, Joe Highway, and artist-in-her-own-right (as bead-worker and quilt-maker extraordinaire), Pelagie Highway. A full-blood Cree, he is a registered member of the Barren Lands First Nation, the village for which is called Brochet (pronounced “Bro-shay”) and which village is located in northern Manitoba where it meets Saskatchewan and what is now called Nunavut. 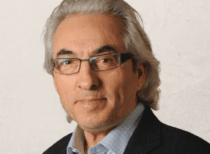