Tonika “Toni” Morgan is an award-winning educator, leader, and social entrepreneur. Since 2003, she has successfully launched and led initiatives that address issues of justice, injustice, organizational change, and inclusion in numerous sectors including education, housing, arts, and most recently, tech. Touted by CNBC and Now Magazine as “one to watch”, her incredible story about her transition from homeless high school dropout, to youth advocate, to international role model and Harvard graduate provides audiences with a thrilling and inspiring peek into the world of a leader on the rise.

Virtual Keynotes & Webinars
Contact us for more information about this speaker & their virtual presentations. Click here for some of the most popular formats for virtual events.
Do the Right Thing | How to be an Ally (Part 1)

Anyone can become an ally. In this interactive, 2-part talk, Toni shows you how. Drawing from her work as a team leader for Harvard University’s Race, Education, and Leadership (REAL) Institute at Harvard University, as well as her current teaching work for Harvard’s most popular course on race, community, and justice, Toni walks audiences through her refreshing take on what it means to be an ally today. By the end of this talk, audiences will know how to recognize and adopt the thoughts, ideas, and actions that will make anyone an effective ally.

Do the Right Thing | Connecting Allyship to Action (Part 2)

You’re an ally, now what? In this talk, Toni builds on DTRT part 1, using audience answers to connect theoretical allyship to real life scenarios. Toni’s knack for community building is on full display, as this talk ends with a crowdsourced statement, created by the audience that serves as the guiding statement for any person and organization who is ready to begin their allyship journey with a commitment to action.

How does technological innovation impact our ability to fight for social justice? In this talk, Toni forecasts emerging issues at the intersection of social justice, innovation, and technology and provides strategies to address them. From algorithms that discriminate to racial bias in face recognition software, she draws from her current role as the managing director of the Center for Law, Innovation, and Creativity, a legal innovation research center that amplifies important ethical and human rights issues in intellectual property and technology law. Toni’s background as an activist, educator, and entrepreneur makes this talk especially interesting and accessible to broad audiences who want to get beyond the “legalese” and cut straight to the heart of important social issues.

Grit and Perseverance | How to Overcome Impossible Odds and Win

What does it take to accomplish big goals? In this high-energy talk, Toni takes audiences through her incredible story of determination and resilience from homelessness to Harvard, crowdfunding $50,000 overnight, and becoming the world’s most successful viral education campaign in history. During this talk, Toni walks audiences through her success method with case studies from her work and life. By the end of this talk, audiences will have a new method that makes winning possible for anyone who wants to accomplish an important goal.

Toni’s message is simple: Live like your future depends on it. She uses her story of struggle and triumph in the education system to show people of all ages, that with a bit of imagination, an appetite for change and an unwavering compassion for others, we can be the architects of a better tomorrow. But Toni is more than a speaker– she’s a doer, and a prolific one, at that. Toni’s track record includes creating Canada’s first pay-what-you-can university courses for low-income students. She managed her first million dollar education program for single mothers at the age of 22, and launching the world’s most successful viral education crowdfunding campaign by raising $100K in 48 hours from people in 16 countries and 26 cities, to pursue graduate education Harvard University.

Toni has been invited to speak on some of the world’s biggest stages, including the Women’s Global March, South by Southwest (SXSW), Harvard University, WeDay, and in school districts across Canada and the U.S. In addition, she has received numerous awards for her work such as the YWCA Young Woman of Distinction Award, FLARE Magazine Volunteer of the Year, Constance. E Hamilton Award for Human Rights, the Kolajo Afolabi Award for Educational Justice, and Harvard University’s inaugural Black Alumni Legacy Award. As her work continues to inspire the next generation of leaders, entrepreneurs, game changers, Toni’s life and work continues to be featured nationally and regionally by media outlets including Boston Globe, CNBC, the London Guardian, Toronto Star, CBC, FLARE Magazine, and MTV and more.

Currently, Toni is a Career Counsellor and Managing Director of the Center for Law, Innovation, and Creativity at Northeastern University School of Law, in Boston, Massachusetts. 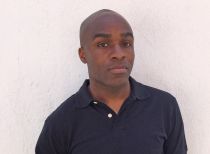