Helping you Shift your Perception on Change

Challenging times call for a powerful message. A message of hope and inspiration filled with the perspective, lessons and tools required when we are faced with seemingly insurmountable obstacles. Warren Macdonald knows what it means to face adversity, to wake up to a whole new reality. In 1997 he lost both legs above the knee in a horrific backcountry accident; spending two days trapped beneath a one ton boulder.

The Power of Perception: Building a Breakthrough Mindset

If we can’t see where it is we need to go, what are our chances of getting there? If your team or your members can’t see where you’re going, what are the chances they’ll get onboard? In navigating change, and overcoming the challenges that come with it, we need to address the foundation; the root cause of why we often get stuck or disengaged, and that is, how we perceive change in the first place.

Return on Resilience: Bouncing Back is Just the Beginning

If there’s one certainty, in business and in life, it’s that we will all face challenges; that we will all, at some point be faced with a seeming insurmountable obstacle or obstacles. When that happens, our greatest ally is found in our ability to endure; to adapt. When that happens, it pays to have banked some resilience. This keynote presentation focuses on what we can do to prepare for our challenges in advance. On how we can fortify ourselves against the curveballs and roadblocks before they happen by practicing resilience.

Next Level Quality of Care: A Patients Perspective

The big picture aim of this presentation is to validate the importance of the work you do; whether you’re a front line practitioner or clinician; a caregiver or caseworker or a hospital administrator. Second to that is to share an example of the results we can achieve in our quality of care when we adopt a client centred (or patient centred) approach or model. When we partner with our patients to achieve a common goal.

One Step Beyond - Setting and Reaching Impossible Goals

Challenge of Change – Finding Opportunity in Adversity
This presentation will help your group realize that challenges brought on by change hold endless opportunities for innovation and personal and professional growth. That it is possible to not just survive, but to thrive despite adversity.

This presentation will help your group realize that challenges brought on by change hold endless opportunities for innovation and personal and professional growth. That it is possible to not just survive, but to thrive despite adversity.

A Test of Will by Warren MacDonald

Warren Macdonald’s life’s boundaries were redefined in April 1997 with his accident on North Queensland’s (Australia) Hinchinbrook Island. Climbing to the Island’s tallest peak, he became trapped beneath a one-ton slab boulder in a freak rock fall. Two days later he was rescued, only to undergo the amputation of both legs at mid-thigh. Just ten months later, he climbed Tasmania’s Cradle Mountain using a modified wheelchair and the seat of his pants.

Warren became the first double above-knee amputee to reach the summit of Africa’s tallest peak, Mt Kilimanjaro (19,222ft), and more recently, in a spectacular effort requiring more than 2,800 pull-ups over 4 days, created history once again in an ascent of America’s tallest cliff face, El Capitan. He is also the only above knee amputee to make an ascent of Canada’s landmark frozen waterfall, the 600 ft “Weeping Wall” in Alberta.

Warren’s bestselling book, A Test of Will is the subject of the “Trapped under a Boulder” episode of Discovery’s I Shouldn’t Be Alive series. His documentary film The Second Step has been acclaimed worldwide, screening on National Geographic Television and winning eight international awards.

Warren has appeared on Larry King Live, The Oprah Winfrey Show, and The Hour with George Stroumboulopoulos. He has written articles for CNN World Edition, Australian Geographic, Speaking of Impact and Professional Speaker. Warren is a visionary who lives and breathes change management every day, He is routinely sought out as a keynote speaker and motivator by innovative, forward thinking organizations looking to foster “out of the box” thinking. A powerful catalyst for change, Warren’s presentation challenges the status quo by telling audiences what they need hear, not what they necessarily want to hear… Warren’s mission is to help you change the way you see the world, and your place in it. 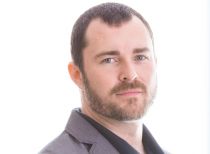