Canada’s foremost expert on hip hop culture, Dalton applies themes at the heart of hip-hop, popular culture, and Black culture to current events and trends, delivering forward thinking strategies for a wide range of industries and everyday living.  As a PR strategist, author, and award-winning journalist Higgins’ unique brand of commentary is highly sought after by major news media including CTV, CBC, CityTV, MTV Canada, CNN, NPR, The Globe & Mail, & Toronto Star.  Dalton is co-host of the Black Tea podcast and Senior Lead Facilitator in the much talked about More Than A Haircut/Voices of the Shop barbershop-meets-Black fatherhood advocacy group.

Virtual Keynotes & Webinars
Contact us for more information about this speaker & their virtual presentations. Click here for some of the most popular formats for virtual events.
PR & Publicity: The Generation Now Approach to Creating Buzz & Hype

Over the last decade, Higgins has spearheaded PR strategies and publicity campaigns for anything from Fortune 500 companies (Universal Music) and multiple Grammy and Juno Award-winning & nominated music artists (A-Trak, Carvin Winans, Kardinal Offishall, Jazz Cartier) all the way to Emmy Award-winning acting ensembles (cast of The Young & The Restless) and professional athletes (WBC Light Heavyweight champion Adonis Stevenson). As a virtual PR strategist to the stars of music and pop culture, over the last decade Higgins has landed his wide range of clients key placements in most major mainstream and cool niche media across the full spectrum; TV, radio, print, web, having cultivated a unique Generation Now way of creating buzz and hype for people, new products, and things. One part of his success involves tapping his powers of prognostication to help detect media trends before and while they happen.

Applying Hip Hop to Your Daily Life - On and off Campus

What is it about hip hop culture that has captured the imagination and interest of multi-cultural youth like no other music form? And what parts of the culture can students learn important life altering messages from? As Canada’s foremost expert on the genre & culture, Higgins puts a hip-hop lens on campus life while highlighting his experience with Drake, K’nann, k-os, Kardinal Offishall, Jazz Cartier, and more popular artists and brands. Higgins presents lessons learned from hip hop culture as they apply to relevant campus issues such as diversity, sexuality, school & social life balance, leadership, self-esteem, career development, and more. Author of six books on the subject, including the only Drake bio Far From Over, Higgins delivers practical takeaways informed by pop culture events and icons that student audiences can connect with. Learn how hip hop can be used as a tool to navigating the campus experience.

Listed in the Who’s Who in Black Canada book, Higgins has programmed many multi-disciplinary black culture festivals that integrate African American/Canadian, African, Caribbean, and Latin American black communities. What does “black culture” mean, and why does black culture influence the rest of popular culture to the degree that it does?  From MLK and Maya Angelou to Barack Obama, Michael Jackson and Tiger Woods.

Canada’s foremost hip hop expert says “it’s a hip hop world, and you’re just living in it”. What is it about hip hop culture that has captured the imagination of multi-cultural youth in North America and around the rest of the globe, like no other music form? From Baby Boomers to Millennials, Higgins breaks down in precise detail why European, South Asian, Asian, African, Australasian, Latin American and Western youth incorporate hip hop culture, lifestyle, attitudes, dress codes, and language into their everyday lives, and use hip hop culture as their “voice”. Come hear why his Hip Hop books and accompanying teaching resource manuals are used at middle and high schools across Canada and the USA to address youth literacy.

As an arts programmer at Canada’s Centre of Contemporary Culture, a long time pop culture reporter for some of North America’s leading magazines, and co-author of a mini comprehensive history of the first 20+ years of MuchMusic, Higgins is one of Canada’s leading pop culture pundits, and is often asked by radio, TV, print and web media to project and dictate popular culture trends before they happen. Includes media literacy for both adults and youth.

Workshop | The N-Bomb: The Questionable, the Bad, and the Ugly
How did the use of one of the most offensive words in the English language actually grow in popularity amongst our generation? Love it or hate it, the Nword has become a part of our everyday lives; kind of like Kim Kardashian, Canada Goose jackets and rapper Drake. Who should be allowed to use the word, if anybody? Should it be banned from public use (or is it too late now)? Did remixing the word (ending it with an “a”) make it feel much better to use? Come learn about the odd journey of a word that forces us to confront our feelings about race and the world.
Panelist/In Conversation
Dalton Higgins brings a unique brand of pop culture commentary to relevant topics of the day.

Dalton Higgins is a PR strategist, festival producer, National Magazine Award-winning journalist, author, TV/radio broadcaster and blogger. His fifth book Far From Over: The Music and Life of Drake – carried in the Rock n’ Roll Hall of Fame & Museum collection in Cleveland – sheds light on the cultural conditions in Toronto and the United States that helped create the Drake phenomenon.

Likewise, Higgins’ Hip Hop World book which is carried in Harvard University’s hip hop archive, led to a 2010 Hip Hop Scholar of the Year award nomination courtesy of Washington DC’s WBLINC. Higgins pioneering work in the area of music and multi-disciplinary arts presentation has taken him across the United States, Denmark, France, Australia, Germany, Colombia, England, Curacao, Spain and Cuba among other destinations.

After producing multiple mega concerts and festivals for Toronto’s Harbourfront Centre – when it was considered one of the top music destinations in Toronto (2004-2012) – and for NYC-based SHINE – a leading North American youth non-profit who’s list of active supporters included Muhammad Ali, Beyoncé and former US President Bill Clinton – Higgins has leveraged the 50k+ books he has sold in North America, and production credits on over 500+ “live” concerts into a blooming Rap N’ Roll music & multi-media operative that tours artists across North America, produces live music showcases, and executes branded content and PR campaigns for both major multinational entertainment conglomerates and worthwhile indie upstarts.

His sixth book “Rap N’ Roll: Pop Culture, Darkly Stated” (2016) which argues that rap music is the new rock n’ roll is a new media publishing collaboration with a disruptive technology company based in San Francisco.

A former long-time news reporter for Toronto’s Now Magazine and leading US youth culture magazines The Source and Vibe Magazine, Higgins was handpicked as one of 30 Torontonians by the Toronto Star to blog about ways to make the city more livable. Higgins has contributed his unique brand of pop culture commentary to most major Canadian news media including CTV’s Canada AM, CTV’s The Social, CBC Radio One’s Metro Morning, CBC Radio One’s Q, CBC TV’s The National, City-TV’s Breakfast TV, MTV Canada, Much Music, VICE (Noisey), Sportsnet 590 and has been profiled in everything from NPR, The Globe & Mail, Toronto Life and Toronto Star to TVO, 680 News and SUN TV.

Higgins has worked with and/or consulted on a vast number of hip hop web-based initiatives throughout the USA and Canada including Urban Box Office (NYC) and Shine.com (NYC/Toronto) and has developed a strong interest in promoting diversity (as a current member of the Canada Council for the Arts Racial Equity Advisory Committee) and in supporting literacy initiatives having conducted workshops with everyone from the NBA’s Toronto Raptors to the Toronto Public Library. His most fun gig might have been working as an award show scriptwriter for Gemini Award winning comedian Russell Peters, and you can probably understand why. 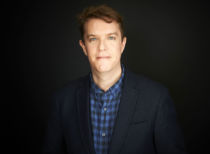 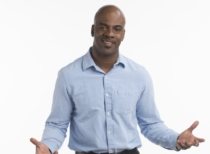 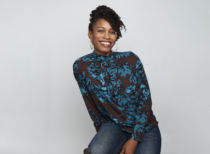