Educator & Activist for Justice and Inclusion

Recognized as one of The Root’s “Young Feminists to Watch” & celebrated as one of Canada’s National Youth Role Models, Kim ignites audiences with her takeaways on diversity & inclusion, and her investment in arousing a sense of curiosity and empathy. Her presentations are anchored in a modern version of The Golden Rule. Rather than assuming the way you want to be treated is the standard for all, Kim encourages audiences to treat people the way they want to be treated, which means we have to ask and listen.

Virtual Keynotes & Webinars
Contact us for more information about this speaker & their virtual presentations. Click here for some of the most popular formats for virtual events.
Leave No One Behind

Healthy self-care depends on strong communities of care. Healthy, well supported individuals create inclusive communities, and equitable communities provide the foundation for each person to succeed. Together, we will explore barriers and challenges for international and national students immediately followed by solutions and strategies. Collectively we will explore best practices and important boundaries when engaging in equity and inclusion. This will include a focus on the top five things each person can do immediately to nurture authentic relationships. With sustainability as our focus, we will emphasize ideas that fun, accessible and easy to implement. Small consistent steps to deliver long lasting, meaningful change.

This presentation offers a fact-based approach to examining Social Justice policies, past and present. With inspiring anecdotes throughout, this will be an accessible entry point to the conversation, as well as engaging for a more advanced audience.

Existing policies – We will explore the challenges and successes of existing corporate policies, with Sheryl Sandberg’s 2020 Women in the Workplace as a point of reference, for example.

Core values – Focusing on the core values of the company are key to determining what policies are best to begin with.

Breakout/Discussion – In a world where employees and volunteers are more connected than ever and more digital, in breakout groups we will have a forecasting session and examine how these values come into play into 2022 and beyond.

Best Practices – We’ll draw to a conclusion with the 5 best practices for diversity and inclusion.

The grass is greenest where we water it, and Kim inspires audiences to engage in their responsibility to make the world more ethical than the one we were born into by taking a firm position on issues of equity & diversity. Her intersectional approach to human rights reframes the golden rule so we treat others the way they want to be treated, versus how we want to be treated. We see a level of consciousness around diversity continue to increase throughout the workplace, community organizations, educational institutions, and all other aspects of daily life. In this presentation, Kim uses examples from case studies, social media, and current events to outline practical ways for individuals and organizations to make diversity & equity a greater consideration.

What Does It Mean To Be An Ally?

This presentation will provide participants with a deepened understanding of current social justice movements in addition to serving as a solid introduction to practices of anti-oppression and allyship for individuals and organizations. Beginning with identifying tangible strategies for solidarity, Kim establishes a shared language and deconstructs systems of oppression including gender, ability & race using current social media based examples. Using her own lived experience as a queer womyn, and pulling from her work as the Director of The People Project, Kim gives a solid foundation for understanding the experiences of others & acting in allyship.

Studies have shown that the majority of sexual assaults on campus go unreported. The most effective way of addressing this is by creating a campus culture of openness and consent. For over a decade Kim has been leading education, training and research on gender-based violence and building consent culture. Kim engages students on the topic of consent through discussions on boundaries, personal autonomy, relationships, social media, substance use, social pressure, and other aspects of sexual health. She explores a range of questions including ‘How do you know what your partner wants? How do you accept refusal or rejection? What are other people thinking about sex?’ This presentation focuses on fun and accessible affirmative-consent education that teaches “yes means yes” versus “no means no”. Audiences will leave with a better understanding of sexuality and healthy relationships.

In this presentation, Kim helps audiences understand the legacies that have brought us to our current state of inequity. She sheds lights on the issues facing women of different social locations. Kim outlines multiple movements and practices, both locally and internationally, which showcase women leading feminist movements and sparking change across various industries.  Kim shares her experience as a gifted young social entrepreneur who lived through homelessness and violence to become a three-time business owner committed to changing her corner of the world. Women of color are among the fastest-growing group of entrepreneurs, but often lack the capital and social infrastructure to support their vision. Kim uses her experience to break down the obstacles and best practices around social entrepreneurship, with a focus on non-profit and youth-led initiatives transforming communities.   Using a variety of media-based examples, Kim inspires women to make a difference and lead change for current and future generations.

With a focus on student life, Kim explores how intersections of race, sexual orientation, and gender impact mental wellness. Emphasizing these connections allows for an inclusive discussion and a holistic focus on mental wellness & community engagement. Her work is about creating an understanding of health equity through community engagement. A yoga instructor and corporate consultant, she balances both anecdotal lived experience and tangible practices for immediately reducing stress and confronting trauma.  Her experience as a youth organizer gives her first-hand knowledge of high amounts of stress and trauma experienced both on and off campuses. Her experiences in workshop training with corporations provide an additional perspective on personal and professional development needs.  She credits her strong emotional resilience with her ability to heal as a survivor and sustain long term community-based development.

Workshops/Breakout Sessions
Many of Kim's presentations above can be translated into a more interactive session with breakouts, discussions and planning, either virtually or in-preson.

As an educator, Kim travels around the world talking to people about justice, equity, and human rights. One of the most fundamental things she shares is a reframing of the golden rule. The golden rule suggests that we should treat other people the way that we want to be treated. That might seem simple enough, but it assumes that there is a standard for other people’s experiences. Instead, she encourages audiences to treat people the way they want to be treated, which means we have to ask.

A passionate speaker, Kim is dedicated to inclusivity and invested in arousing a sense of curiosity and empathy in her audience. She uniquely weaves together the historical context, statistical analysis, as well as current events. She is a dynamic speaker, invested in the issues and inspiring in her approach to solutions. By focusing on small meaningful actions and choices, she makes creating large scale change accessible.

A public researcher, consultant, and human rights educator, she has shared hundreds of unique resources and presentations around intersectional issues including race, ability & gender.

As a social entrepreneur, she speaks to the opportunities and challenges for women in business and leadership roles. With great openness, she welcomes difficult conversations hosting community dialogues and sharing practical strategies around ‘Sexuality & Consent’, ‘Queer & Trans Allyship’ and ‘Anti­Racism & Equity’.

Working as a media-based consultant, she was part of the creative team for the #asktransfolks project – developed in New York City, as part of a global collaboration between non-profit creative collective Papel & Caneta; innovation catalyst Mesa.do; FLAGCX—a network of creative companies part of IPG. Previous Mesas have included individuals like Kobe Bryant. The team included some of the most outstanding creatives in the industry including the Chief Creative Officer at GOOD as well as key individuals fighting for positive change for the trans community of color.

Since 2012, Kim has spoken on equity and social entrepreneurship at institutions across Canada and the US both on and offline to millions. From Ivy League institutions including Princeton, Stanford & Dartmouth to Canadian schools like McGill, UBC & Mount Allison. Collaborating with brands like Makeup Forever, Squarespace & Lululemon she has worked both internally and externally to innovate around inclusion.

Kim has hosted events for the United Nations, conversations with Grammy award winner Erykah Badu, New York Times best selling writer Roxane Gay and icon Jewelle Gomez. She has also contributed to Cosmopolitan, MTV, NBC, Larry King Now, Buzzfeed, Bustle and the CBC. In 2021 she partnered with Lululemon to be one of two speakers for the upcoming 2022 Olympic Games. 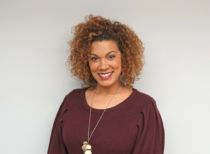 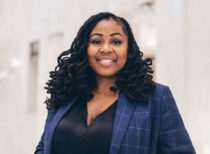