Max Parrot is focused, goal-driven and efficient – he knows what he wants and he goes for it. He has never stopped racking up achievements since childhood; Max is a 13-times X Games Medalist, and a three-time Olympic medalist.

Learn more about Max’s journey, from X Games Champion at the age of 18 to winning his third Olympic medal.

He’ll cover how he overcame his battle against Hodgkin’s lymphoma and his triumphant return to snowboarding. Max overcame his cancer diagnosis in just 6 months with an aggressive chemotherapy plan. Two months after announcing he was cancer-free, he returned to competition at the X-Games where he won Big Air Gold in historic fashion.

Motivated to inspire others by sharing his story of perseverance and courage, Max’s story will leave audiences with the inspiration to overcome obstacles and achieve their goals, whatever it takes.

Born and raised near Bromont ski area, Max Parrot is a natural on mountains. He began snowboarding when he was only 9 years old. His parents (both skiers) believed snowboarding was too dangerous. Max decided he would mow lawns all summer long until he had enough saved to buy one. He never looked back.

His 18th birthday marked the moment he was recognized as a professional, jumping on the podium at the X-Games. In less than 3 years, he became World Snowboard Tour Big Air Overall Champion in 2014.

In 2018, Max put down a final run that made him slopestyle Olympic silver medalist in PyeongChang. It was only a few months later Max would face what he calls his hardest “competition” yet. After noticing severe itching on his neck and a swollen ganglion in September of 2018, Parrot underwent a biopsy on December 11 to figure out the root of the cause. His diagnosis came ten days later, on December 21, just before the holiday break — it was Hodgkin’s lymphoma. For Parrot, his “training program” was simple, but aggressive: 12 sessions of chemotherapy by infusion every two weeks.

Throughout Max’s journey battling cancer, he created a documentary about his experience. It was released through his website where interested parties could donate money to gain access to the film, and a portion of the proceeds were donated to The Leukemia & Lymphoma Society of Canada, a leader in the fight against this form of cancer.

In June 2019, Max announced to the world that he was cancer-free. After two months of hard work in the gym and on his board, Parrot felt physically ready to compete Max did not hold back when he made his return. He claimed big air gold at the X Games in Oslo, Norway.

He wasn’t done there, in his next two competitions; he captured gold once again at the Beijing World Cup and most recently at the X Games in Aspen exactly one year after his diagnosis.

In 2021 Max was the recipient of the  Laureus World Sports Award, one of his biggest career achievements and a mark of recognition that gives him great pride.

Throughout his journey, Max was committed to giving back and joined the Leukemia & Lymphoma Society of Canada as their official ambassador. Parrot has pledged to donate $1,000 for each of his circuit victories. 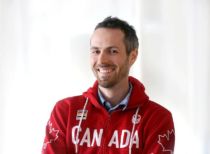