Bruce Dickinson is a charismatic and unique business speaker. As an entrepreneur, creative business thinker, commercial pilot and the lead singer of Iron Maiden, he is a true renaissance man. He shows audiences how to turn customers into fans. Bruce draws parallels between the challenges of operating in the world of rock music and commercial aviation with those in the business world; from teamwork, forward planning and the ability to learn from setbacks and move on successfully.

Bruce Dickinson in the media January 1, 2021

Virtual Keynotes & Webinars
Contact us for more information about this speaker & their virtual presentations. Click here for some of the most popular formats for virtual events.
Turning your Customers into Fans

How do you turn customers into fans? Bruce believes it all comes down to relationships. The key to developing long-term strategies for your company is to develop relationships and trust with customers. This way, when things go wrong, there’s more incentive to work it out and maintain the relationship. Bruce shares these and many more insights on how he conducts business & builds long-term value.

An entrepreneur sees the world in a different way. Most things in the world have been discovered, but an entrepreneur will see an opportunity and how to look at things from a different angle. In this presentation, Bruce explores what it means to be an entrepreneur. He shares his personal journey through entrepreneurship all the way back to his first forays into business at 12-years-old with a ‘rent a pencil’ scheme at school. He encourages audiences to look at the bigger picture and get back up again after taking the inevitable knocks.

What Does This Button Do?: An Autobiography

In his presentations, there’s plenty to be entertained by, with a cornucopia of fascinating tales and derring-do exploits, all delivered by Bruce with characteristically infectious enthusiasm and wry wit.

Bruce delivers world-class speeches to corporations around the globe. He enjoys the thrill of creativity and refreshes this spark in audiences across a range of business topics. With a captivating style, humour and wisdom, Bruce’s presentations entertain and motivate audiences.

Bruce was a pilot and Marketing Director for Astraeus Airlines, a company which leased aircraft to other carriers. He is the man behind Cardiff Aviation, which specializes in heavy maintenance of Airbus and Boeing commercial aircraft and the training of pilots. Bruce hasn’t stopped flying Boeing 757s, and in 2016 flew the band around the globe on their “Book of Souls” world tour in their own 747.

In 2017 Bruce became Vice-Chairman of Pouncer, a design of drone designed to aid famine relief around the globe.

In 2022, he’ll be touring North America for an unforgettable spoken-word tour. Split into two parts, the first section of the show sees Bruce taking a humorous and often satirical look at the world from his own very personal perspective, treating the audience to private insights into his drive and ambition, peppered with plenty of MAIDEN anecdotes, and a myriad of other experiences encompassing not just the giddy heights but also the extreme lows, as told first-hand in his inimitable anarchic style, punctuated with photographs, videos and sometimes even erupting into song a-capella, to illustrate a point.

The final section of the evening is devoted entirely to the aforementioned question-and-answer session, with the opportunity to pose questions on any subject whatsoever. As Bruce’s answers will all be completely improvised — the more left-field and quirky the question, the more interesting and compelling the response is likely to be. 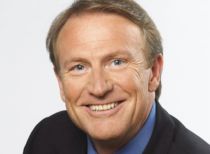