Virtual Keynotes & Webinars
Contact us for more information about this speaker & their virtual presentations. Click here for some of the most popular formats for virtual events.
The End of Memory

Alzheimer’s, called ‘the plague of the 21st century’ for its dramatic increase in numbers and the challenge it poses to health care. There are no effective treatments, merely a handful of drugs that promise only short-lived alleviation of symptoms. But as familiar as we are with Alzheimer’s disease among friends and family, there are so many questions: where did it come from? Why weren’t we talking about it even fifty years ago? Do we understand what really is going on in the disease? A hundred years ago Alzheimer identified the key markers of the disease, and we still rely on them today. Maybe it’s time for a rethink. And where will we find treatments – and when?

The Science of Why

Back by popular demand: a brand-new series of science queries, quirks, and quandaries based on the mega-bestselling Science of Why series, sure to enlighten and entertain all ages.

Have you ever wondered what was the worst year ever? What is the fastest animal on earth? Is muscle memory a real thing?

Yes? Then you’re in for a treat! Bestselling author Jay Ingram is here to take you on a rollercoaster ride through science’s most perplexing puzzles. From the age-old mysteries that have fascinated us to the pressing unknowns about our future and all the everyday wonderings in-between, Jay answers questions that confound and dumbfound, such as:

Are banana peels really slippery?
What are lucid dreams?
Are octopuses from outer space?

…along with everything you ever wanted to know about cute dogs, scary clowns, shuffling cards, Mexican jumping beans and, just how black is black.

Bursting with laugh-out-loud illustrations, jaw-dropping marvels, and head-scratching science fictions, The Science of Why, gives audiences of all stripes a real thrill.

The Rock’n’Roll History of Space Exploration

What is it about the idea of journeying to other planets that is so compelling – so addictive? And why has Mars always been the centrepiece? This show is a celebration of our obsession with the planet Mars. There is imagery from a century ago; radio from the 1930s; art and science from the 1950s. And such characters: Percival Lowell, the man who popularized the idea that there were canals on Mars built by a dwindling Martian civilization, Edgar Rice Burroughs, whose fame owed more to his Barsoom series than to Tarzan, and H.G. and Orson (Wells and Welles). Of course there is also great music by my band, The Free Radicals,; the perfect accompaniment to an underappreciated era.

A controversial view of human sexual behaviour attributes much of it to Darwin’s natural selection, not to culture. It can’t be all Darwin, but it can’t be entirely Darwin-free either. Given that the research explores everything from the importance of bling to lap-dancing, this talk gets laughs even from those who disagree with it. Always presented with my band The Mutations.

A commonly held misconception, especially among experts, is that when it comes to scientific controversies, differences of opinion exist only because of ignorance. When people know the science better, they’ll see the ‘truth’. Wrong. Polarized opinions have a social/cultural, not scientific, basis. This talk is often presented with my band The Turbines. Theatre of the Mind Based on my book of the same name, this talk explores how the scientific approach to consciousness has, if not revolutionized, at the very least reoriented the search for understanding of human consciousness. The science reveals that the idea that consciousness is pre-eminent among all the things our brains do is a myth, probably promulgated by …. consciousness itself. Jay customizes talks based on the nature of the event he is speaking at.

Theatre of the Mind

Based on my book of the same name, this talk explores how the scientific approach to consciousness has, if not revolutionized, at the very least reoriented the search for understanding of human consciousness. The science reveals that the idea that consciousness is pre-eminent among all the things our brains do is a myth, probably promulgated by …. consciousness itself. Jay customizes talks based on the nature of the event he is speaking at.

The Science of Why: Answers to Questions About...

The End Of Memory: A Natural History Of...

The Velocity of Honey: And More Science of...

Theatre of the Mind: Raising the Curtain on...

He continues sharing his insights on discoveries, the brain and the ‘science of why?’ to audiences across the country.  Jay is an engaging, provocative speaker who can address complex, scientific issues in non-technical terms, making them interesting, relevant and accessible to a wide range of audiences

In 2022, the Public Health Agency of Canada (PHAC) tapped Jay Ingram to be ambassador and spokesperson in launching its first national dementia awareness campaign during Alzheimer’s Awareness Month in Canada, to reduce negative perceptions about  dementia and the people living with the condition.

Jay joined Discovery in  it’s early days and was instrumental in helping shape the program format.  For more than 10 years Ingram hosted CBC Radio’s Quirks and Quarks and earned two ACTRA Awards, one for Best Host.  He’s also hosted two CBC Radio series: Cranial Pursuits, a series “by, for and about the brain”, and The Talk Show, a series about language that won a Science in Society Journalism Award.

For 10 years, Jay wrote articles for popular children’s publication Owl Magazine and also had a weekly science column for the Toronto Star for 12 years.

From 2005 to 2015 he was Chair of the Science Communications Program at the Banff Centre (now part of Beakerhead), a unique undertaking to promote creative science writing, broadcasting and social media. He is also co-founder of Beakerhead, an arts and engineering happening in Calgary, Alberta.

Jay was awarded the Sandford Fleming Medal from the Royal Canadian Institute for his efforts to popularize science, and he also earned the Royal Society of Canada’s McNeil Medal for the Public Awareness of Science. Jay was also awarded a Michael Smith Award for Science Promotion by the Natural Sciences and Engineering Research Council of Canada. He is a Distinguished Alumnus of the University of Alberta, and has received six honorary doctorates. He is a recipient of the Queen Elizabeth II Diamond Jubilee Medal and named to The Order of Canada.

Jay has written more than 15 books, three of which have won Canadian Science Writers’ Awards and several have been on the bestseller list. They have been translated into 15 languages. He is the 2015 recipient of the Walter C. Alvarez award for medical writing given by the American Medical Writers Association. 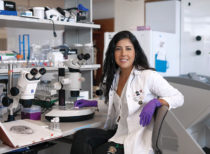 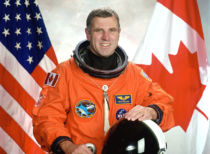