Mandy Gill is a health and wellness advocate who is passionate about connecting with organizations and individuals on a personal level to unlock productivity and engagement through incremental habit development practices. She has appeared on various television programs, including as a Health Expert Host on CTV News for over 8 years. As a business builder, national athlete, and having ran 34 mile ultra marathons, Mandy knows first-hand what it takes to lead through and implement healthy habits to produce consistent and incremental improvement. Her experience and passion for delivering expert knowledge is transformative and will leave audiences motivated to take the next step in their health journey.

Virtual Keynotes & Webinars
Contact us for more information about this speaker & their virtual presentations. Click here for some of the most popular formats for virtual events.
Habits Are the Basis of Your Success

We don’t decide our future, we decide our habits and our habits decide our future. Are you aware of the impact habits play on your successes – or your failures? Despite the importance habits play in our day to day lives, few people know much about how habit development can optimize their energy levels, enhance resiliency to stress, be the foundation of developing effective internal and external communication, and get us on the path to achieve success without spending exorbitant amounts of mental effort. Habits make everyday life possible – good or bad. It’s your choice, and Mandy Gill is committed to enhancing your clarity and focus to thrive, one habit at a time.

A Successful Workspace and Headspace

Ever find yourself procrastinating due to digital distraction diversions being only a click away? The overload of all day and night spent on desktops, laptops, tablets, and smartphones is a defining problem. In order to power up in life and leadership in today’s on-demand world, we can’t run from this problem, or ignore it, we must to create healthy habits around it. Now is the time to build resiliency towards optimizing efficiency, performance, well-being, and developing essential communication skills for effective outcomes. The excuse of being bombarded with non-stop messages and alerts that even when we want to focus, it’s nearly impossible, isn’t viable. A new life skill is required, and Mandy Gill is here to educate you with the key tools towards creating healthy habits for healthy living.

Live or Virtual Host/MC
With over 15 year of experience as a host and reporter, Mandy knows how to think on her feet and engage her audience. Having worked at CTV News and Virgin Radio, she has the ability to connect and entertain audiences live and virtually.
Workshop: Corporate Wellness
A top to bottom action-based workshop to bring your organization into the new world of remote work while keeping productivity, retention and morale high. This workshop will unlock a deeper sense of belonging, increase well-being, and productivity, while boosting the bottom-line.

Athlete, entrepreneur, and media personality, Mandy Gill is a champion of everything health related. After overcoming anorexia in her late teens, she fell in love with Crossfit and from there her passion of living life to the fullest with fitness was born. Gill began competing in 2010, and qualified for the Crossfit Regionals for 4 years straight. Determined to help others transform themselves and share how life changing healthy living can be, she formed her wellness company – ‘Mandy Gill’ and launched the Mandy Gill APP to provide convenient workouts and certified personal one-on-one coaching to users. She has dedicated her career to help others reach their full potential.

Gill graduated from the Southern Alberta Institute of Technology and specialized in Cinema, Television, Stage, and Radio. Soon after, she began working for a number of radio and television stations including Virgin Radio, Shaw TV, and KVOS TV. Wanting to blend in her love of fitness and education, she has made several appearances as a Health Expert Segment Host on CTV Morning Live and CTV News at Noon.

Gill has continuously been featured in magazines worldwide, endorsed by national athletic and fashion brands such as Reebok, and has appeared hundreds of times on talk format and morning television programs. Since branching out from the broadcast industry and starting her first business in 2012, Gill’s experience and passion for delivering expert knowledge is transforming the lives of hundreds of thousands to thrive.  Recognized as a ‘YWCA Woman of Distinction’ in both 2017 and 2018, Gill brings high energy, motivation coupled with action, enthusiasm, and positivity to engage with audiences around the world. 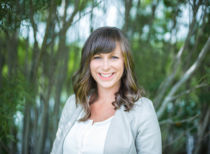